The Green World Company is proud to be closely associated with the Bankability Lab Foundation. The foundation aims to increase the number of mini-grid proposals in sub-Saharan Africa and obtain funding.
The Lab provides a ‘bankability’ assessment of mini-grid proposals using an excel-based ‘shadow’ model. This allows mini-grid proposals to be presented to financiers/investors in a standardized manner through the assessment report and the shadow model created by the Lab that can accompany the developer’s own material. The bankability review is a balanced approach to all stakeholders in a proposal.
The number of mini-screens needed is estimated between 100,000 and 200,000. Of the 315 million people who will have access to electricity in rural areas of Africa by 2040, it is estimated that only 30 percent will be connected to national grids. Most will be powered by non-public household or mini-grid systems.
The foundation was established by 1to3 Capital BV, a company that prepares crowdfunding proposals for renewable energy and is focused on the realization of renewable energy in places where additional capacity meets immediate electricity shortages and where subsidies are not needed, or are needed less, compared to the alternatives of OECD countries, since 1995. Since 2003, 1to3 Capital has focused exclusively on the affordability of renewable energy in Africa. 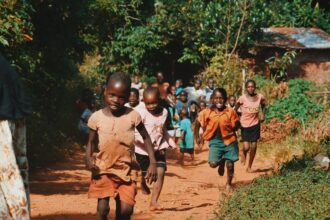